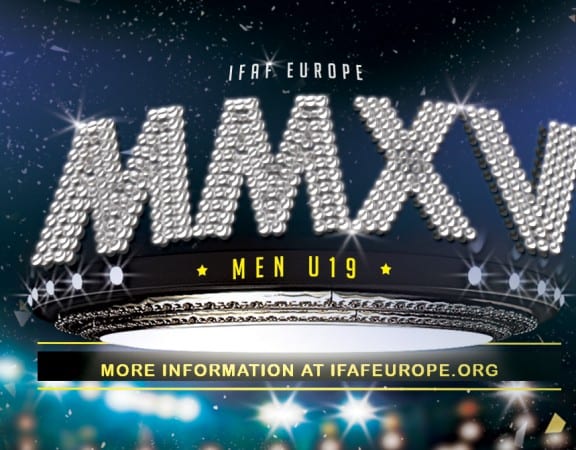 Winner of this qualifier will advance to the qualification tournament in Pessac, France; where besides France, participants are Netherlands and Serbia.

You can see the qualifier event details under.

This qualifier will be streamed online. Make sure to check back in on Sunday, when we’ll be posting the link on our website and social profiles.

Coach Manfredi Leone, Italian National Teams GM, is proud of the work staff and players have put in.

– Our preparations  were based within 6 camps, between January and March 2015, starting from a huge number or eligible players to find the 45 young men who will play vs Spain.

On 4th of April, we played a friendly vs a selection of high school players coming from 26 states of USA called AFW Elite. It was a great chance to see where we stand and a lifetime memory for kids to show their skills vs a good opponent.

HC Paolo Borchini  and his staff did a great job, and the players are excited to play the game next Sunday in Torino. FIDAF is proud to be in the competition with the best kids in Under 19 Italian football . – says Coach Leone.

The Spanish U19 team has been training from 2 to 6 April in Pinto (Madrid), preparing for the qualifier vs Italy. During those days Pinto has also held a clinic with American coaches, who have participated in some of the training of the Spanish players . Despite that, Marcos Guirles , the head coach of the junior Spanish team, says the team would need a bit more time to prepare as the team has many inexperienced players.

However, he feels that Spain has options to win if the team doesn’t make mistakes and its strong in defense. He expects his players to give the maximum . – Winning would be very important for the Spanish football, but the first challenge for us is to play as a team, and compete at the top.

Javier Carrasco, sports director, agrees and adds: We are starting a new athletic program and the preparation period was really helpful and enriching for our players and staff. We wish we had more time to prepare this game, especially playing against such a strong team, but we believe that we can be competitive. Our expectations are to be competitive and to show the improvement made by our national team against a great team like Italy.

IFAF Europe will be updating the score for each 1/4, you can follow the game scores here: /ejc-2015/