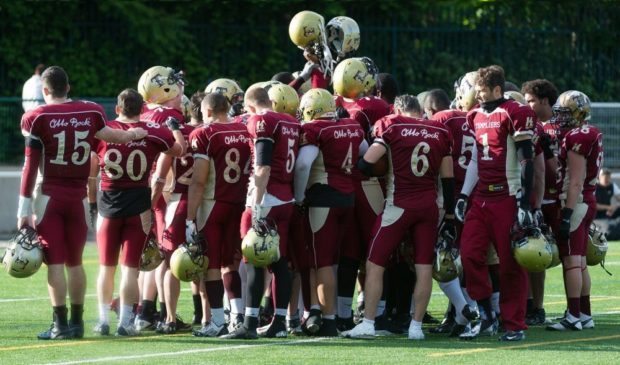 We are pleased to announce that first IFAF Europe Champions League Final Four tournament will be played in Élancourt, France.

The tournament will be hosted by Templiers, who made it to the Final Four with two wins against their group opponents. After group stage Thonon Black Panthers are highest ranked team thanks to the best points difference. Two win Helsinki Roosters are ranked 3rd while SBB Vukovi Beograd are 4th with the win in their sole group game.

Stade Guy Bonifiace in Élancourt is site of the three most important games of the very first season of continental competitions organized by IFAF Europe. The stadium can accommodate up to 3000 spectators.

There are three games scheduled within the Final Four – two semifinals and the final. Semis will be played on Friday July 11. Thonon Black Panthers will square off against SBB Vukovi Beograd and Templiers d’Élancourt will face Helsinki Roosters.

The champion will be crowned after the final that is scheduled for Sunday.