On April 19 Templiers won 51-14 their first IFAF Europe Champions League game but their opponent – London Blitz – after the first half was in the lead 14-10.  Pioners’ inaugural CL game was not that successful. On May 4 Spaniards lost 6-21 in France.

Templiers have already finished their 2014 regular season. They finished second with the 6-2 record. Templiers will host semifinal against Flash de La Courneuve at the end of June

Pioners at the moment are fourth in the Serie A of the Liga Nacional de Fútbol Americano. Spanish team is 5-5 but has lost four of the last five league games.

– Pioners are one of the top teams in Spain. They won four national championship rings in the last  four years. It is a good team with many experienced players. They are having an average season now but still they reached semifinal. With their experience, I am quite sure that they will perform in the post season games – says Jeremy Larroque, Templiers captain. –  Today we are not thinking about Final Four games. Of course it will be awesome for the players, city and French football to get to this stage. But we must focus on one game at a time. We don’t want to disrespect Pioners. First step is to win in Spain – adds Larroque.

Templiers will travel through Friday night. Arrival to Spain is scheduled for early Saturday.

– Few years ago, Templiers had the chance to play international games. Those were some of my best football memories. Personally and sportively, it’s helped me to grow up. Representing my country,  exchanging with other players, discovering new countries are exactly why I love playing international games. We are very excited to play best Spanish team – finishes Templiers captain. 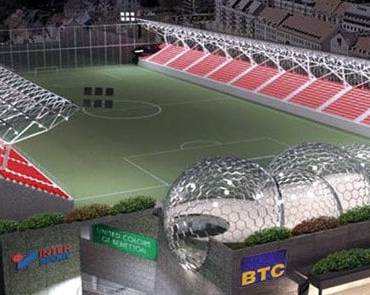